The Federal Democratic Republic of Nepal is a small landlocked country between two giants, India and China.

The main religion is Hinduism (80% of the population), but the country also includes Buddhists (10%), Muslims and Christians.

Nepal is one of the poorest countries in the world.
A quarter of the population lives below the poverty line.

Nepal is characterized by a precarious political, economic and social situation.
Corruption is very strong (126th place out of 175).
Unemployment is massive (46% of the working population).

A strong demographic growth, coupled with weak economic development, contributes to the capping or even to the deterioration of the standard of living of a large part of the population. Just like inflation (about 10%). The development of tourism (with the « industry » of Trekking) has led to a considerable increase in the cost of living.

Nepal is very dependent on its neighbors (foreign trade).
The country possesses natural mineral resources, but their exploitation remains unprofitable because of the reliefs. The potential for hydraulic energy is significant (0.3% of the world’s water reserves held) but investors are cautious since the earthquakes. There are foreign investments but corruption is such that they do not benefit the local neglected populations. 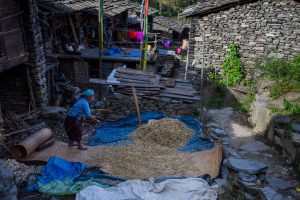 As always, the most vulnerable, women and children, are the first victims of all kinds of abuses : forced labor, prostitution, trafficking, etc.

Violence against women is omnipresent (deprivation of education, daily harassment, torture). The practice of dowry weights heavily on parents. An Indian proverb warns that «raising a girl means watering the neighbor’s garden ». Not having a son is considered a curse.

The country is marked by a great inequality in the right to education. Depending on gender, caste, ethnicity, or geographic location, a child will have the right (or not) to enter the school…

Child labor remains a reality. In rural, mountainous areas, girls are not sent to school. They have to work in the fields with their family. 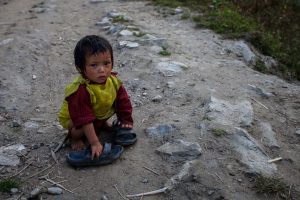 Street children are numerous. About 11,000 young people are supposed to live in orphanages (sometimes false homes, unscrupulous, created to elicit the gifts of generous visitors).

Finally, trafficking in human beings is unfortunately frequent. The beaters visite the villages, promising a better life… Nepalese youth, without education, are sold (sometimes by their own parents) to end up domestic slaves, prostitutes (between 100 000 and 200 000 Nepalese sex workers ! ) or forced laborers on construction sites (in India, Malaysia, Lebanon or the Persian Gulf countries, deprived of their passports). 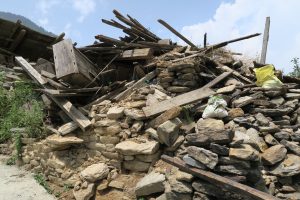 In this general context, the earthquakes of 2015 had disastrous consequences.

With a magnitude of 7.8 on the Richter scale, the earthquakes aggravated the situation of the country in catastrophic ways. 8,500 dead, 18,000 injured, tens of thousands homeless (500,000 houses destroyed or damaged). A total of 8 million Nepalese were affected, a quarter of the population.

The earthquakes were particularly violent in the Langtang (the mountainous and rural region in which the Sahayogi Foundation operates). The area was the scene of nightmares and tragedies. The villages and the cultures were ravaged, covered with a mass of stones from 70 to 300 meters !

Reconstruction at the national level is estimated at $ 4.5 billion. Roads must be reopened, buildings rebuilt, terraces must be rehabilitated, sowed fields must be sown, tourists must be attracted. The survival of the country depends partly on international aid.

Several years after the disaster, the mountain population is still living in very basic conditions: famine, totally destroyed or dilapidated housing, long and painful reconstruction (without any mechanical help, only by the strength of the arms and legs), poor and isolated population, out-of-school children with no real prospects for the future…

Through the Sahayogi Foundation, a sincere and competent organization, support the Nepalese people in difficulty ! Provide quality education to mountain children, to give them a chance to improve their lives, that of their family, that of their country. 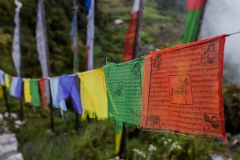 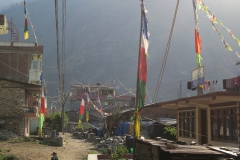 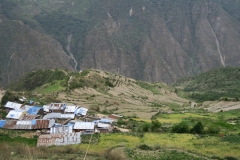 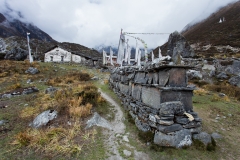 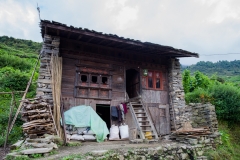 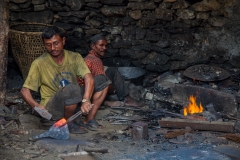 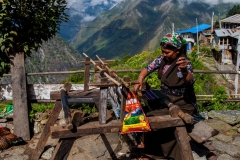 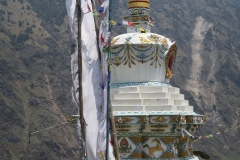 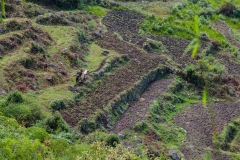 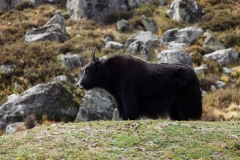 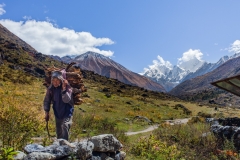 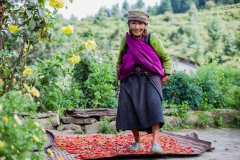 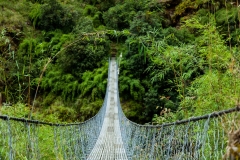 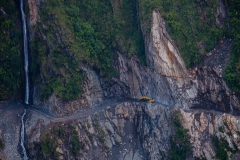 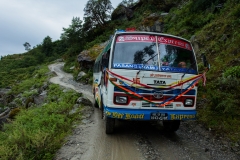 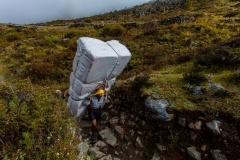 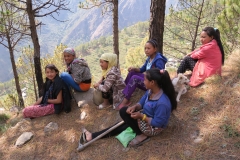