The story beyond the Sahayogi Foundation is unique.
Intrinsically linked to its founder, Sonam TAMANG. 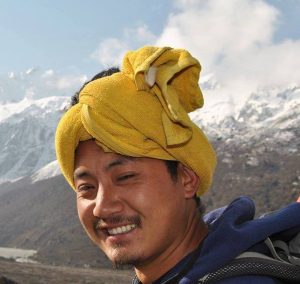 Sonam TAMANG was born in 1988 in the small village of Thulosyafru, 130 km north of Kathmandu, in the Langtang National Park. A mountainous region, difficult to reach, characterized by its rurality and poverty.

Cadet of a family of poor farmers, Sonam is the only one to be educated. His older brother and his two sisters had to work in the fields to help their parents. After a hard work, the Sonam family produces potatoes, corn, millet and wheat. Some of the crops were sold to finance the young boy’s studies.

Sonam studied at primary school in his village, before leaving for Syafrubensi, obtaining his diploma of higher degrees (School Leaving Certificate – S.L.C.).

At the age of 17, after graduation, Sonam expressed the desire to continue his studies at the University. Unfortunately, his parents did not have enough money to support the costs of higher education in Kathmandu. And despite his research, he did not find a « sponsor » willing to finance his university course. So Sonam ended his studies with great regret.

Shortly after, he decided to leave for the Helambu region (two days’ walk from his village), accompanied by his two sisters, in order to rent and manage a guesthouse.

One day, two German trekkers stopped at the guesthouse. One of the two men is challenged by the attitude of Sonam who, every evening, on a corner of the table, devotes time to reading and writing. The young man befriends him, tells him his background, the difficulties encountered. He testifies to his keen desire to learn and continue his studies at the University of Kathmandu.
Before leaving the guesthouse, inspired by Sonam’s life and aspirations, the traveler announces to Sonam that he could possibly help him, financing his studies for two years. But he must first discuss it with his wife once he has returned to Germany. Then, he gives him a small piece of paper, on which is inscribed his e-mail address, asking Sonam to recontact him two weeks later. The young man seizes the piece of paper, bids farewell, but soon finds himself distraught … What is an e-mail address? How to use it? How to write to his new German friend? During his schooling, Sonam had never had the opportunity to learn computer matters. He knew neither the computers nor the Internet …
His uncle (guide to foreign tourists) tells him how to use it. He has to go to Kathmandu and find a computer to be able to write to his eventual « sponsor ».

With great courage, the young man then undertakes a long journey, accompanied by his uncle. For the first time in his life, he left his valley for a journey of about ten hours by bus to the dusty Nepalese capital. In the first Internet cafe he sees, Sonam sends an email to his German friend, who answers him during the day. Good news: with his wife they agree to finance his studies for two years, up to 600 euros per year. Sonam is offered an unexpected chance: to go on with his studies at the University, supported financially by a generous european benefactor !

In 2007, he settled in Kathmandu and began training in tourism, a growing sector in Nepal. He learns the components of the tourist trades, and progresses in English. In parallel, he begins to learn French at the Alliance Française.

In 2009, Sonam successfully reached the level of 10 + 2 studies, but he receives bad news from his « sponsor » : he lost his job and is no longer able to help him financially. Again, the young man is forced to quit his studies.

His ultimate goal is to work in the tourism sector. Therefore, he agrees to become a bearer. For several years, he will work as such for several trekking agencies. Sometimes unscrupulous agencies … Little by little, he managed to climb the ladder, and became a guide (notably for a French Trek agency). His cousin, Pasang Lhamu (Founder of the Solidarity association with Thulo Syabru Nepal – France), also recommends him to French friends who come to make treks with him.

In 2014, he successfully launched « Tamang Trek Nepal », an association of Independent Guides who work for an ethical, solidary, sustainable and responsible tourism. It aims to revitalize tourism in its region of origin and border areas with Tibet, particularly affected by the poverty and earthquakes of 2015.

Sonam now lives in a permanent house in the suburbs of Kathmandu, with his wife Jyamba and his two sons, Soumit and David. He works as a guide, with tourists from France or other countries. He still maintains a close link with his village and the inhabitants of the surrounding mountainous regions.

Every day, Sonam thanks Bob Guilleaume (his German « sponsor »), without whom his life would have been very different … Being sponsored allowed him to leave his village and escape a destiny traced, to pursue higher education, learn computer science and foreign languages, embark on a professional career in the tourism sector, create his own ethical trekking agency, and offer a serene future to his family.

Conscious of his luck, Sonam now feels indebted. Generous and altruistic he, in turn, wishes to help the disadvantaged children of the mountains, to offer them a chance in life. Especially after disastrous earthquakes of 2015 that striked its native region of Langtang.

In 2017, with the support of his family and community, he created the Sahayogi Foundation (« Sahayogi » means « Help » in Nepalese) with the aim of improving the living conditions of poor and orphaned children in the mountainous areas of Nepal, to give them access to education and care. Convinced of the importance of education, he offers these children the opportunity to leave their villages (to return later, once educated), to come to live and study in Kathmandu, with his own family.

Sonam is counting on your generosity to carry out his project !
The Sahayogi Foundation needs your support, your donations, punctual or recurrent.

For each child, a future. 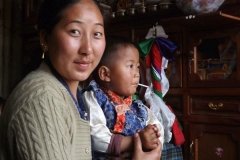 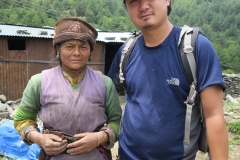 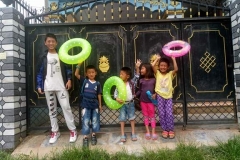